Help with a setup on Ebosuit

Hello friends!
I was hoping someone could help me out

I could make the cameras feed into OBS directly, and use syphon for the visuals from Ebosuit, however this would not allow me to use Ebosuit FX on the camera feeds which is an important part of the project.

Any ideas/suggestions?
Many thanks!

You can have syphonOUTs on each track and on the master. Here is an exemple of a list of SyphonOUT to use on external applications like OBS. you just need to put effects between eVideoIN and eSyphonOUT.

Edit: eFX devices work nicely but eTrackTransform only send info to the master video track not to the layer itself, but that is not a problem in your case. You can transform and modify those separate video layers inside OBS. 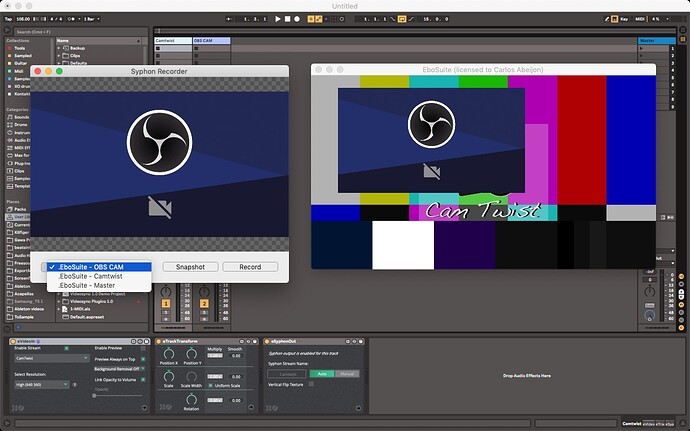 Many thanks for your answer!
It worked, as you said I had to add an effect in the chain before SyphonOUT

Thank you for your help, owae.ga !